Work with us at Scrimba

Scrimba is a code-learning platform that helps motivated newbies become professional web developers without spending a fortune. Our mission is to give students the quality of a coding bootcamp at the price of a gym membership.

We have over 500.000 registered users from all over the world and 7.300 amazing customers who actually LOVE our product.

Our secret sauce is an interactive video format that makes learning a lot more engaging. We also have a vibrant community where students help each other through peer learning.

We are a small remote team (<10) of highly capable individuals spread across Australia, Europe, and the US. We invest all our resources into product, community, and curriculum, meaning we have no employees on marketing or sales.

This might seem a bit weird for a YC-backed company. However, we strongly believe that the best way to grow is to have a superior learning experience. So far, this has worked well.

The team is currently six full-time people, two part-time and some freelance specialists: 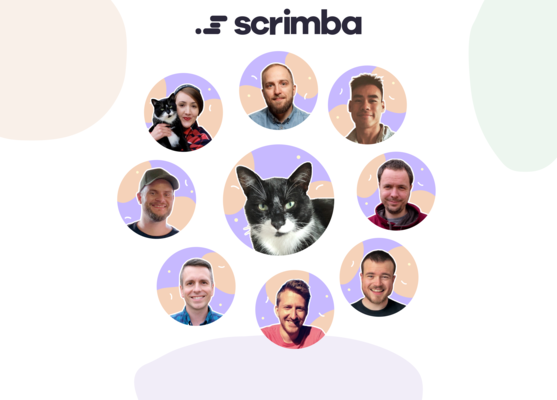 At the core of Scrimba lies our interactive coding screencast technology. We call them scrims. People rarely grasp how groundbreaking scrims are without seeing it in practice, so please watch this product demo.

In short, a scrim lets the student interact with the teacher's code directly inside the screencast. This enables a whole new way of teaching, where instructors pre-record scrims that feel like pair-programming sessions for the students.

To learn more about how our technology plays into our overall mission, please read this article by our CEO. 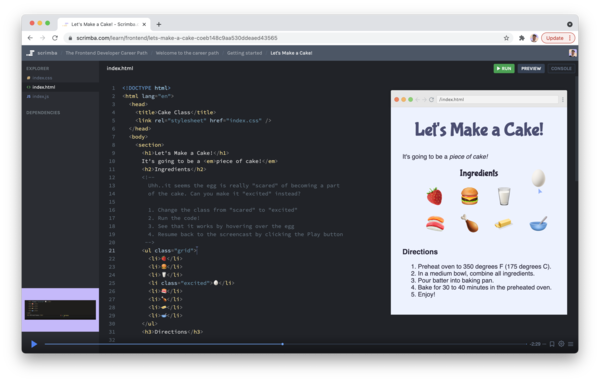 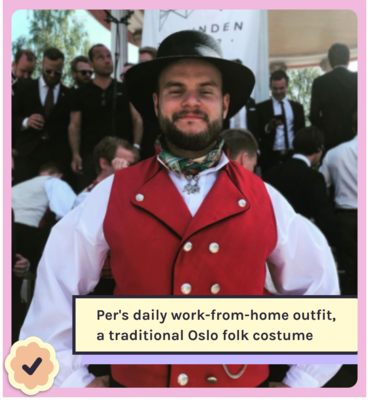 The co-founders of Scrimba are all Norwegian, and we definitely have a Nordic approach to company building. The hierarchy is flat, we lean towards healthy growth over hyper growth, and we value having time for hobbies outside of work.

The plan is to remain a small and effective team, where each contributor has an outsized impact on the world. As we have good revenue and organic growth, we can be strategic about raising any additional funds.

You can read Amasia's reason for investing in us here.

The fairytale of how Scrimba came to be ✨

Sindre was not like most programmers, because he only wrote code in his own homemade programming language, called Imba.

Sindre loved Imba as if it was his own child. However, it was lonely to code in Imba, as he was the only developer in the world who knew the language. And he desperately wanted a few colleagues 😢

So one day, Sindre decided to teach people about Imba. He bought a microphone, downloaded Final Cut Pro, and started recording video tutorials 🎬

But he quickly realised how difficult it was to create good educational videos. A five minute video would take him an hour to produce, because of all the post-production that he needed to do (editing, exporting, uploading). So Sindre grew increasingly frustrated 😖

He also feared that other programmers wouldn't learn Imba properly by watching his videos, as the only way to learn Imba was to write a lot of Imba code. But regular videos wouldn't permit students to interact with the code.

So Sindre gave eventually up. He didn't publish any video tutorials about Imba. These were sad and lonesome times, as he feared that he would never ever get a colleague 😭

But then Sindre had an idea! 💡

"Perhaps video in itself is the wrong format? What if I invent a new video format that makes it easier for me to record tutorials, and that also enables students to interact with the code inside the tutorials?"

For seven days and seven nights, he worked tirelessly at his home office. And when he finally came out of the office, he had invented an interactive video format for creating coding screencasts.

He called the technology Scrimba, as he would use it to create Screencasts for Imba.

The morning after Sindre had invented Scrimba, his friend Per came to visit him. Per was also a programmer, but didn't know Imba. Sindre showed Per the Scrimba invention and told him happily:

"Now I can teach people about Imba. Perhaps I willI finally get an Imba colleague to work with, so that I don't have to be lonely anymore." 🥳

But Per looked at the Scrimba technology and said:

"Why use it to just teach Imba? This brilliant invention should be used to teach HTML, CSS, JavaScript, and React! There's a much bigger need for that in the world!"

And so it was that Sindre did not publish any Imba tutorials. Instead, he and Per formed a company around Scrimba. They turned it into an online learning platform that grew to half a million users over the next few years 🚀

And today, five years later, Sindre still has not recorded a single Imba tutorial, as he spends all his time working on the underlying Scrimba technology.

But now that Scrimba has become a cash flow-positive business, they can afford to hire a new Imba developer, and pay him to learn the Imba language. So Sindre can finally get an Imba colleague 🎉 🎉 🎉

Currently we don't have any open positions.